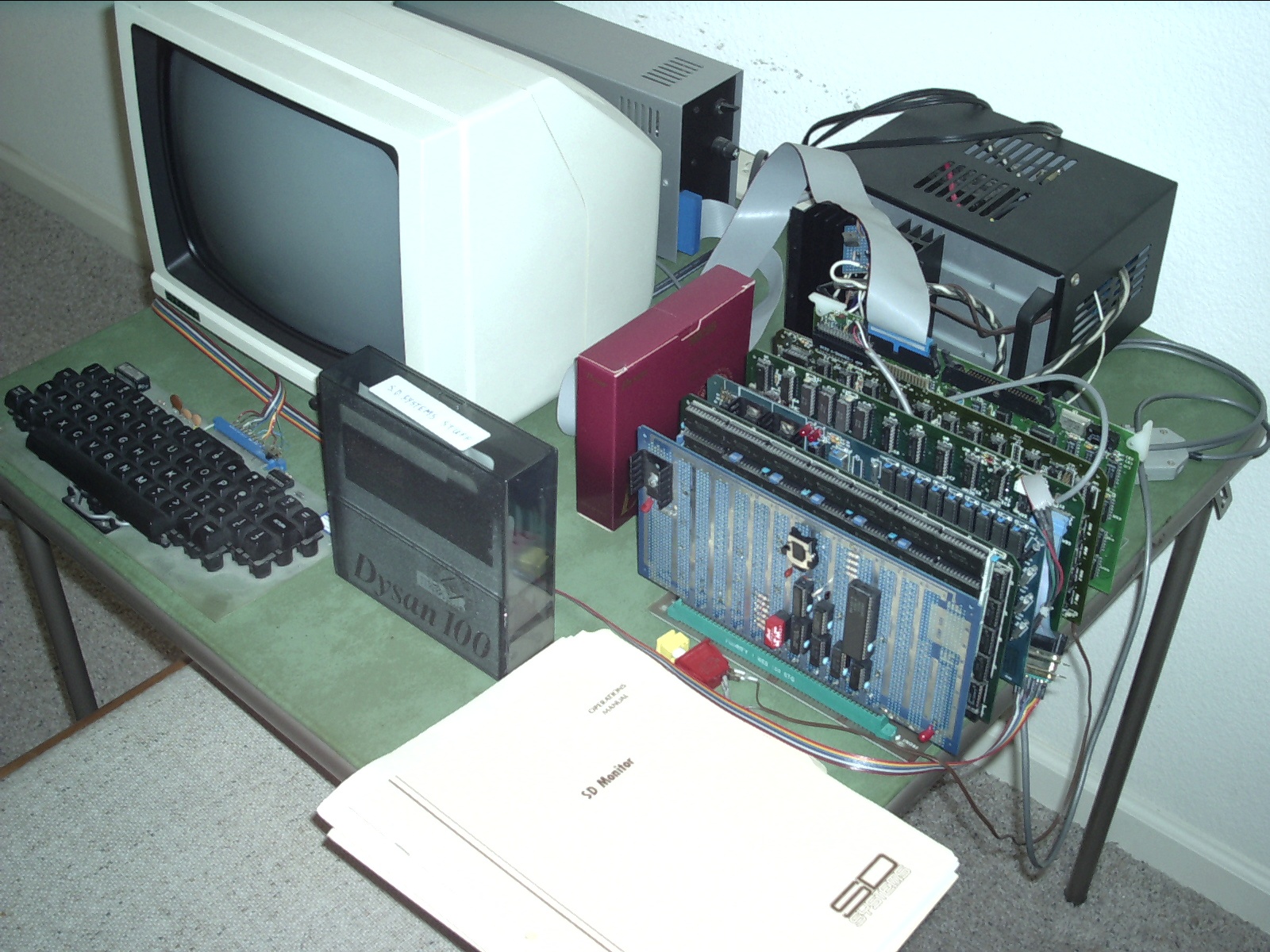 This is a home-built S.D. Systems S-100 micro. It consists of six S-100 cards in a home-built Vector S-100 backplane. They are (front to back) a wire-wrapped clock/calendar card, a Digital Research (of Dallas) 64k static memory card, a Digital Research (of Dallas) solid state disk (1 Meg), a S.D. Systems VDB-8053 video card, a S.D. Systems SBC-200 CPU card (4 MHz), and a S.D. Systems Versafloppy II. The Versafloppy II is the only card that is NOT home-built. The +8 v +16/-16 v linear power supply is directly behind the S-100 backplane. The system "console" is a Gorilla monitor and home-built George Risk Industries keyboard. The 5.25" floppy (Pertec) is directly behind the monitor. Because the S.D. Systems firmware only writes 256 byte sectors on 5.25" diskettes, the capacity of a floppy is considerably lower than the nominal 360k. The system runs a customized version of CP/M 2.2. 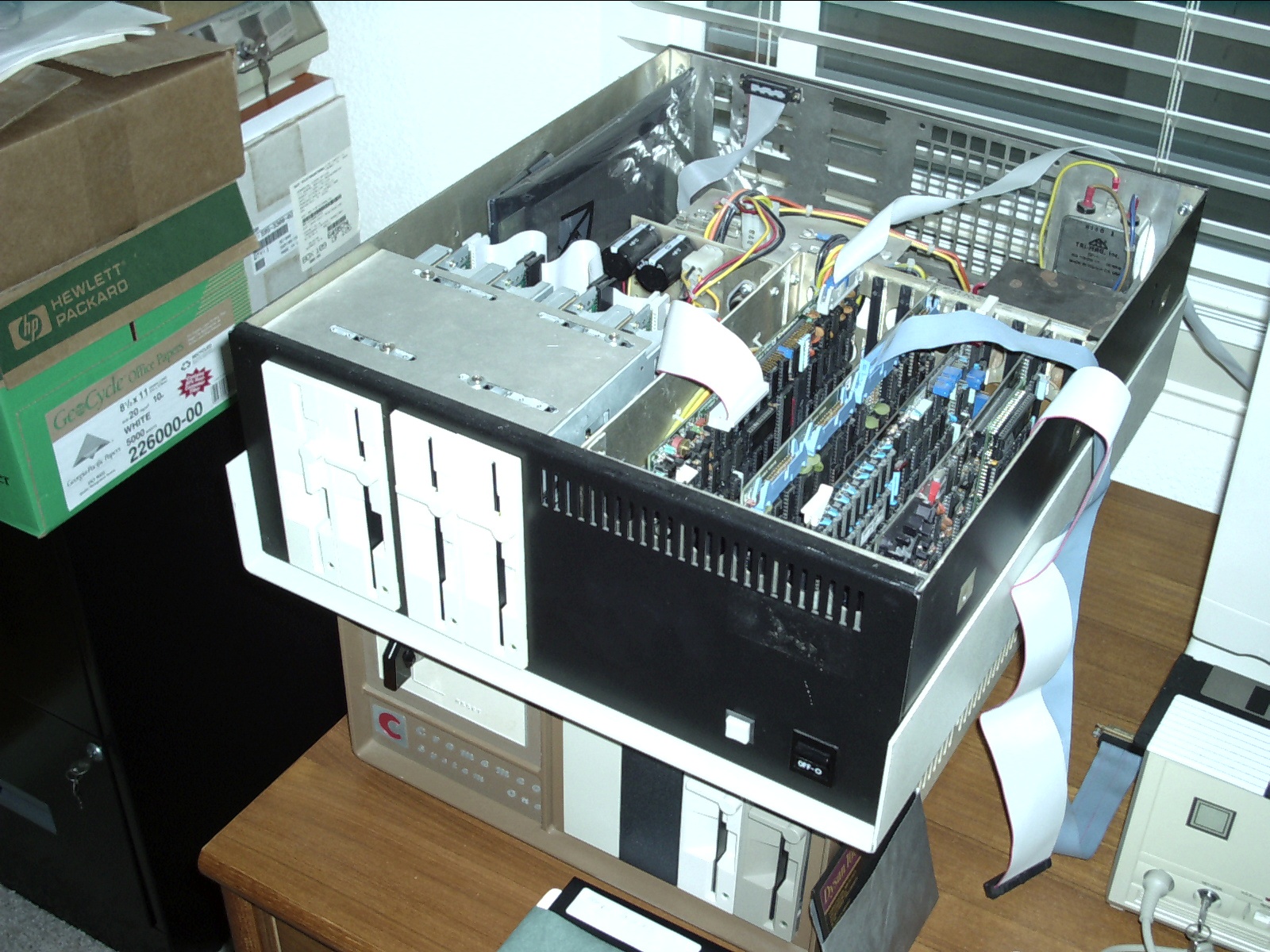 This is a Cromemco-based S-100 system in a non-Cromemco box. There are 4 S-100 cards in the backplane. They are (front to back) a Cromemco ZPU 4MHz Z-80, 64k dynamic memory memory (non-Cromemco), a TUART serial/parallel card (for modem transfers), and a 16 FDC floppy controller. The system has been modified to run four 1.2 MB HD floppy drives. If you look closely, you will see a GIDE daughter card under the Z-80 CPU that gives the system access to an IDE hard drive. The system console is a (?) serial terminal. This system runs a very nice version of CP/M 2.2.

Directly under this system is a Cromemco System One box that is almost exclusively Cromemco. It has a ZPU 4 MHz CPU, 256k dynamic Cromemco memory card, and a 64 FDC floppy controller. It has been modified to run on a pair of 1.2 MB HD floppy drives, and runs Cromix-L. 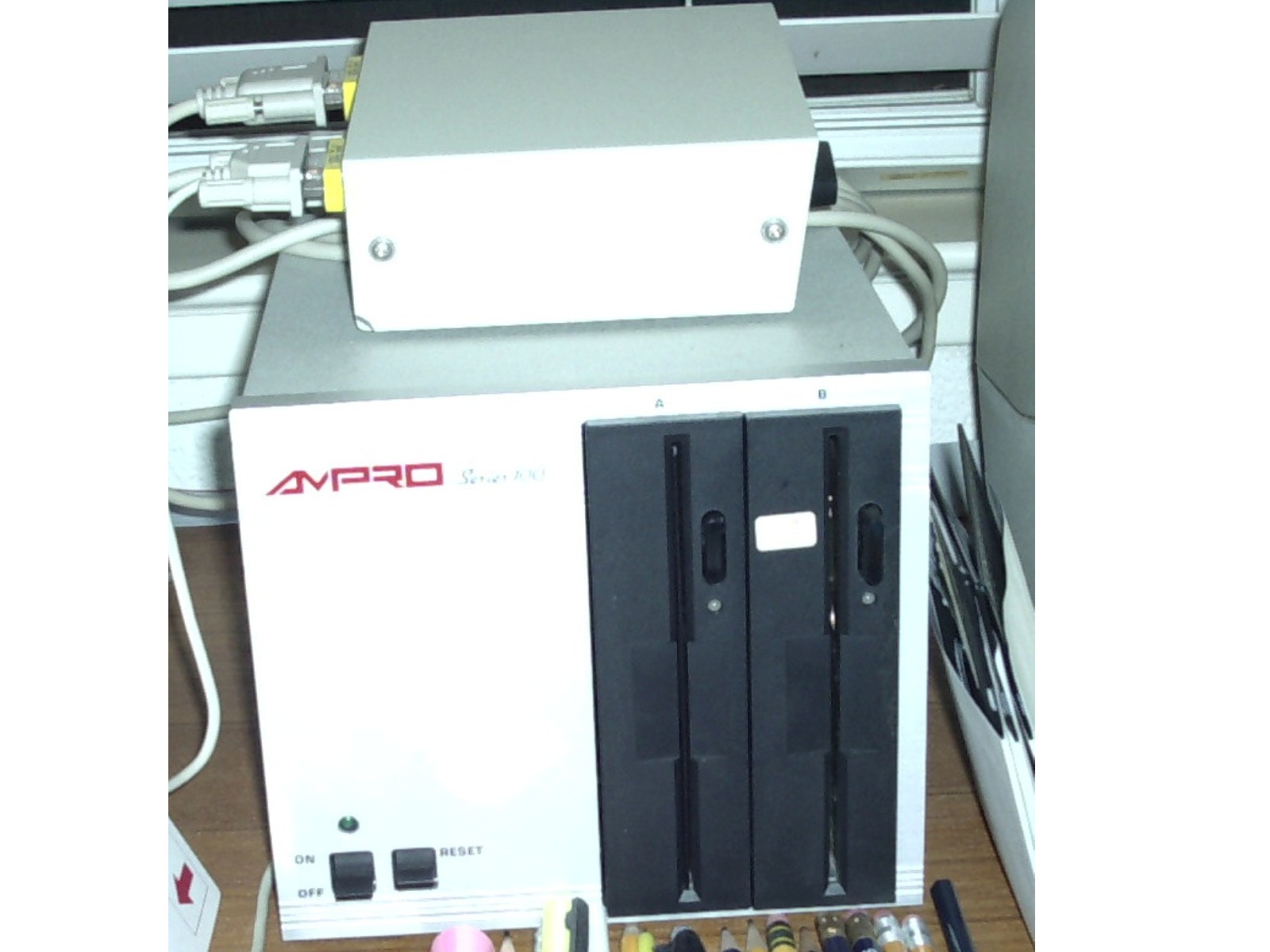 This is an Ampro Series 100. It is a "stock" Z-80 based system with 64k of dynamic memory, and is easily interfaced to serial communications program, such as ProComm, running on an IBM PC.